Never let a language barrier stop your wanderlust! The Portable Language Voice Translator just made your travel a whole lot easier! The new Portable Language Translator is the WORLD's FASTEST translating device. Simply press the button, speak, and get the translated version in an instant. The Smart Voice Portable Translator is a real-time speech interactive translator that can translate English, Chinese, Japanese and more than 32 different languages for learning, traveling, business, and meeting. Using intelligent speech recognition technology, it can translate recording sound into text, and simultaneously transmit into voice output. Clear sound quality, no noise, and easy to carry, a perfect instant language translator. Multi-Language Translation: Support up to more than 40+ languages translation, each language can be translated to each other.
Two-Way Real Time Intercom: It can be used to communicate face to face, and solve communication barriers. Giving you the most suitable translation results in a real-time, fast response in seconds.
Voice Translation: Intelligent voice recognition technology to make cross-language communication easier. Translate your speech into high-quality foreign language text and transmit into voice output.
Text Translation: Support text to text translation.
Bluetooth Wireless Connection: Connect to your phone via Bluetooth, allows wireless transmission distance up to 10 meters, and the distance of voice recognition is 2 meters.
Wide Compatibility: Compatible with most iOS and Android phones.
Small & Handy: Handheld size, small and portable, so convenient to carry with wherever you go.
*Update: Version 5.1 Has Been Released!
Languages Supported: 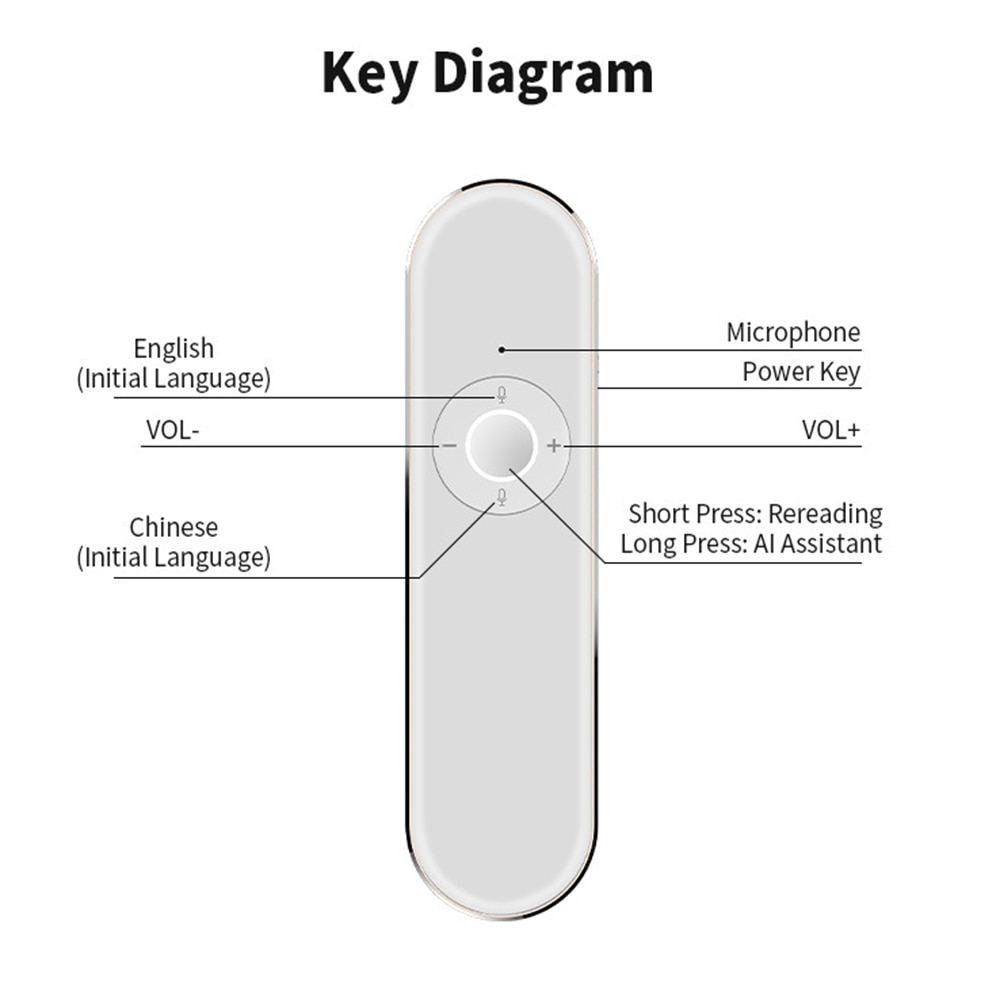