Anti-Blue Light Glasses for Men or Women with a choice of 3 lenses and 6 colors.

What is Blue Light?

Blue Light is both a natural part of the light emitted by the sun and the artificial light emitted�by Mobiles Phones, Tablets, Computer Screens and TV Screens.�

Blue Light has both positive and negative properties and can affect us in both ways. Blue Light is part of the positive rays from the sun that wake us up and generate alertness and vibrancy when the sun is up. This creates our natural daily patterns of wake and sleep and the 'body clock'.� Many Scientists and Eye Specialists also believe that Blue Light can have damaging effects on the human eye in it's artificial form from Phones, Tablets and Televisions.

Many of us read our phones, tablets or computers in the evenings or watch television before going to bed. As the Blue Light stimulates the brain, this is proven to prevent sleep and damage your natural sleep pattern. Disturbed sleep, restlessness and shortened sleep causes tiredness, lack of focus, lack of alertness, lack of concentration, prevents clear thinking and can affect your mood and mental health.�

People who spend all day behind a Computer or Television Screen are at the highest risk of the negative effects of artificial Blue Light.��

Anti-Blue Light Glasses naturally protect your eyes from Blue Light. Wearing them in the evenings to Read your Phone, Tablet, Computer or to watch Television for at least the last 2 hours before bedtime can help to restore your sleep health and support a good nights sleep. If you spend all day behind a Computer or TV Screen, wearing them for at least some of the day could help to protect your eyes from over exposure to artificial Blue Light. Below is a recent article about Blue Light and it's possible effects by Gary Heiting, Doctor of Optometry at the�Southern California College of Optometry and renowned writer of many published articles about Eye Health.

Blue light: How to get protection from eye damage

Visible light is much more complex than you might think.

Stepping outdoors into sunlight; flipping on a wall switch indoors; turning on your computer, phone or other digital device � all of these things result in your eyes being exposed to a variety of visible (and sometimes invisible) light rays that can have a range of effects.

Most people are aware that sunlight contains visible light rays and also invisible�ultraviolet rays�that can tan or burn the skin. But what many don't know is that the visible light emitted by the sun comprises a range of different-coloured light rays that contain different amounts of energy.

What is blue light?

Sunlight contains red, orange, yellow, green and blue light rays and many shades of each of these colours, depending on the energy and wavelength of the individual rays (also called electromagnetic radiation). Combined, this spectrum of coloured light rays creates what we call "white light" or sunlight.

There is an inverse relationship between the wavelength of light rays and the amount of energy they contain. Light rays that have relatively long wavelengths contain less energy, and those with short wavelengths have more energy.

The electromagnetic rays just beyond the red end of the visible light spectrum are called infrared � they are warming, but invisible.�

The visible light spectrum comprises electromagnetic radiation with wavelengths ranging from 380 nanometers (nm) on the blue end of the spectrum to about 700 nm on the red end.�

So approximately one-third of all visible light is considered high-energy visible (HEV) or "blue" light.

Like ultraviolet radiation, visible blue light � the portion of the visible light spectrum with the shortest wavelengths and highest energy � has both benefits and dangers. Here are important things you should know about blue light:

Sunlight is the main source of blue light, and being outdoors during daylight is where most of us get most of our exposure to it. But there are also many man-made, indoor sources of blue light, including fluorescent and LED lighting and flat-screen televisions.

Most notably, the display screens of computers, electronic notebooks, smartphones and other digital devices emit significant amounts of blue light. The amount of time people spend using these devices and the proximity of these screens to the user's face have many�eye doctors�and other health care professionals concerned about possible long-term effects of blue light on eye health.

The eye is not very good at blocking blue light.

Anterior structures of the adult human eye (the cornea and lens) are very effective at blocking UV rays from reaching the light-sensitive retina at the back of the eyeball. In fact, less than one percent of UV radiation from the sun reaches the retina.

On the other hand, virtually all visible blue light passes through the cornea and lens and reaches the retina.

Blue light exposure may increase the risk of macular degeneration.

The fact that blue light penetrates all the way to the retina (the inner lining of the back of the eye) is important, because laboratory studies have shown that too much exposure to blue light can damage light-sensitive cells in the retina. This causes changes that resemble those of�macular degeneration, which can lead to permanent vision loss.

Although more research is needed to determine how much natural and man-made blue light is "too much blue light" for the retina, many eye care providers are concerned that the added blue light exposure from computer screens, smartphones and other digital devices might increase a person's risk of macular degeneration later in life.

Because short-wavelength, high energy blue light scatters more easily than other visible light, it is not as easily focused. When you're looking at computer screens and other digital devices that emit significant amounts of blue light, this unfocused visual "noise" reduces contrast and can contribute to�digital eye strain.

Blue light protection may be even more important after cataract surgery.

The lens in the adult human eye blocks nearly 100 percent of the sun's UV rays. As part of the normal ageing process, the eye's natural lens eventually blocks some short-wavelength blue light as well � the type of blue light most likely to cause damage to the retina and lead to macular degeneration and vision loss.

If you have cataracts and are about to have�cataract surgery, ask your surgeon what type of intraocular lens (IOL) will be used to replace your cloudy natural lens, and how much blue light protection the IOL provides. After cataract surgery you might benefit from spectacles that have lenses with a special blue light filter � especially if you spend long hours in front of a computer screen or using other digital devices.

Not all blue light is bad.

It's well documented that some blue light exposure is essential for good health. Research has shown that high-energy visible light boosts alertness, helps memory and cognitive function and elevates mood.

In fact, something called light therapy is used to treat seasonal affective disorder (SAD) � a type of depression that's related to changes in seasons, with symptoms usually beginning in the fall and continuing through winter. The light sources for this therapy emit bright white light that contains a significant amount of HEV blue light rays.

Also, blue light is very important in regulating circadian rhythm � the body's natural sleep/awake cycle. Exposure to blue light during daytime hours helps maintain a healthful circadian rhythm. But too much blue light late at night (reading a novel on a tablet computer or e-reader at bedtime, for example) can disrupt this cycle, potentially causing sleepless nights and daytime fatigue.

If you are using your phone constantly � especially if you use it primarily for texting, emailing and web browsing � a convenient way to reduce your blue light exposure is to use a blue light filter.

Digital electronic devices emit blue light that can cause eye strain and may lead to eye problems over time.

Anti-Blue Light Computer Glasses can be helpful to reduce blue light exposure from computers and other digital devices. These special-purpose glasses are available without an�eyeglass prescription�if you have no need for vision correction or if you routinely wear�contact lenses�to correct your eyesight.�

You also may want to consider�photochromic lenses, which provide seamless protection from UV and blue light both indoors and out and also automatically darken in response to UV rays outdoors to increase comfort and reduce glare.

For more information on Blue Light and it's effects, try this website; 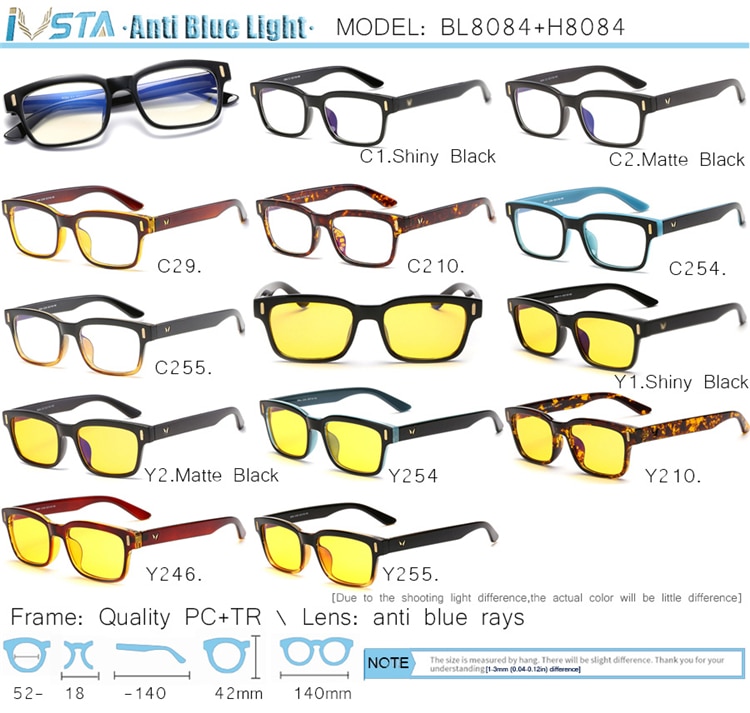 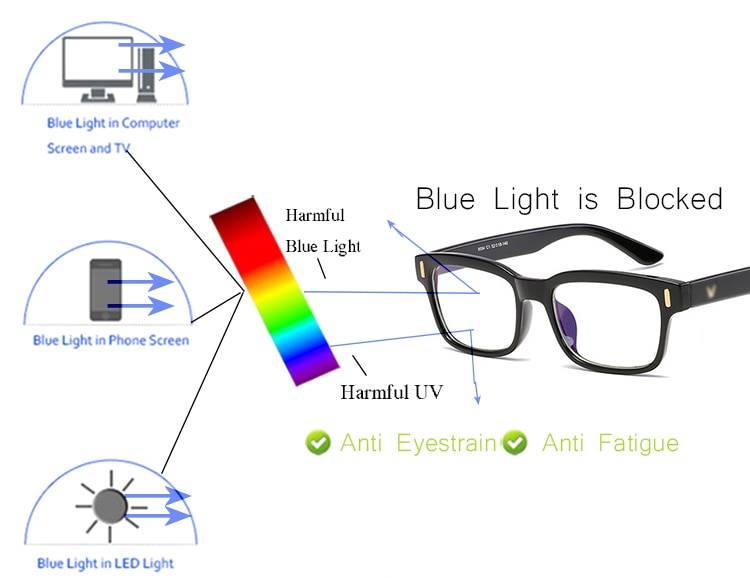 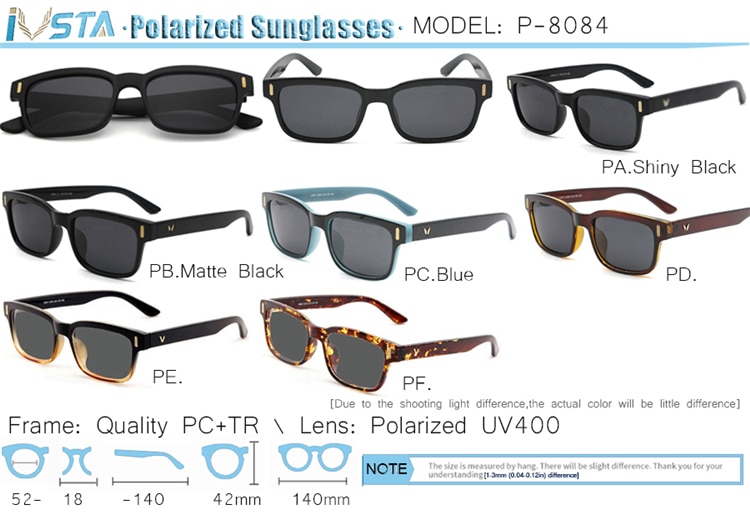 ATTENTION:�For the Gray Lenses, they are also Polarized UV400 Sunglasses 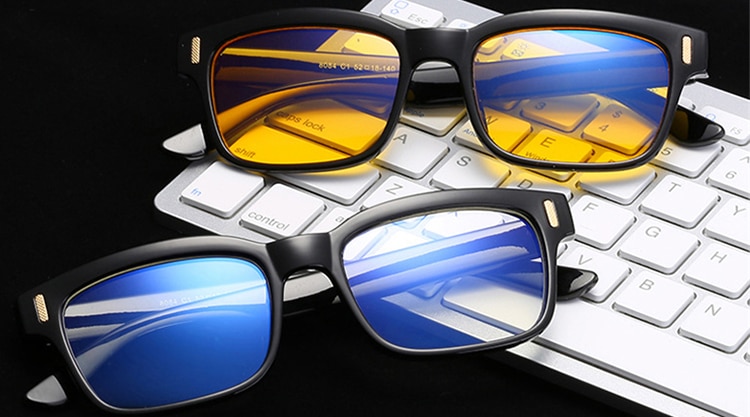 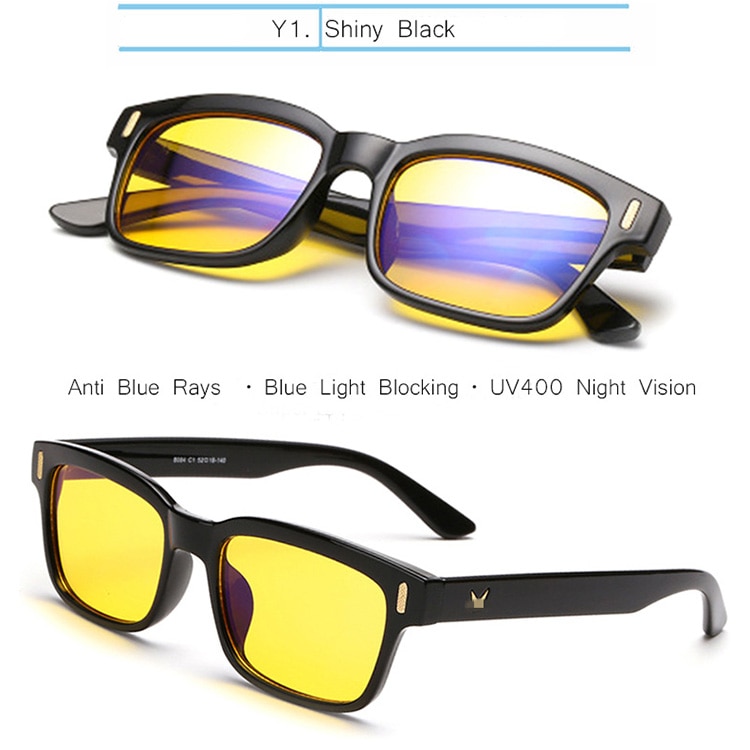 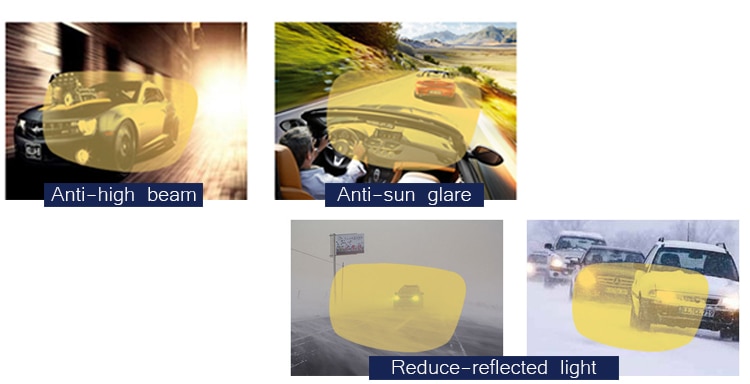 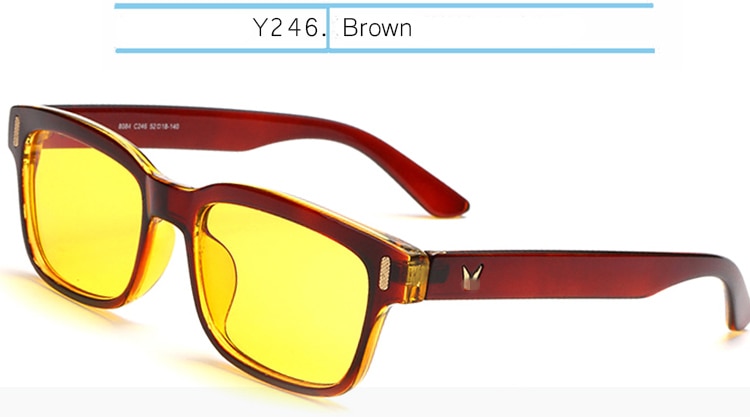 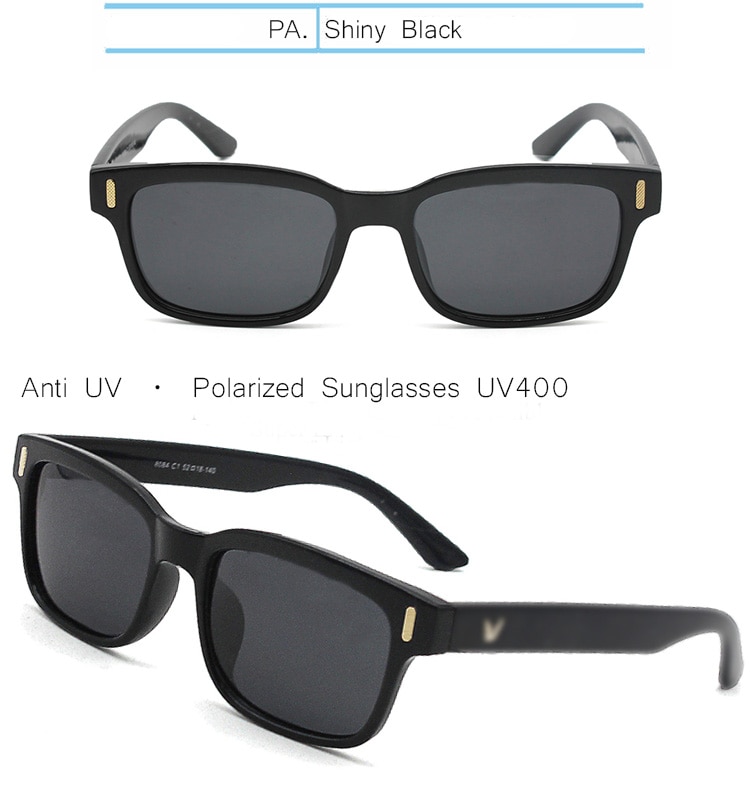 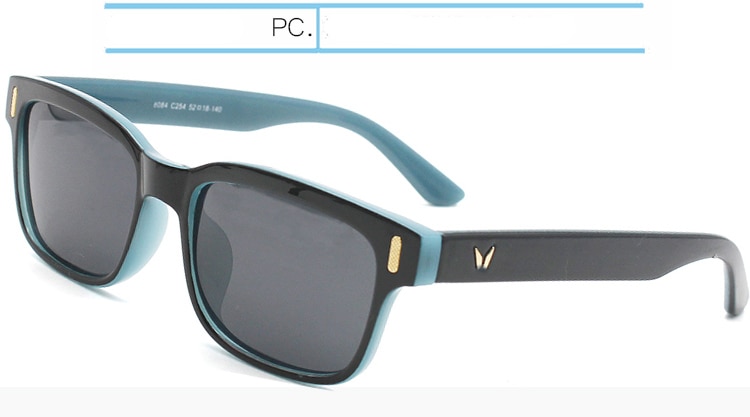 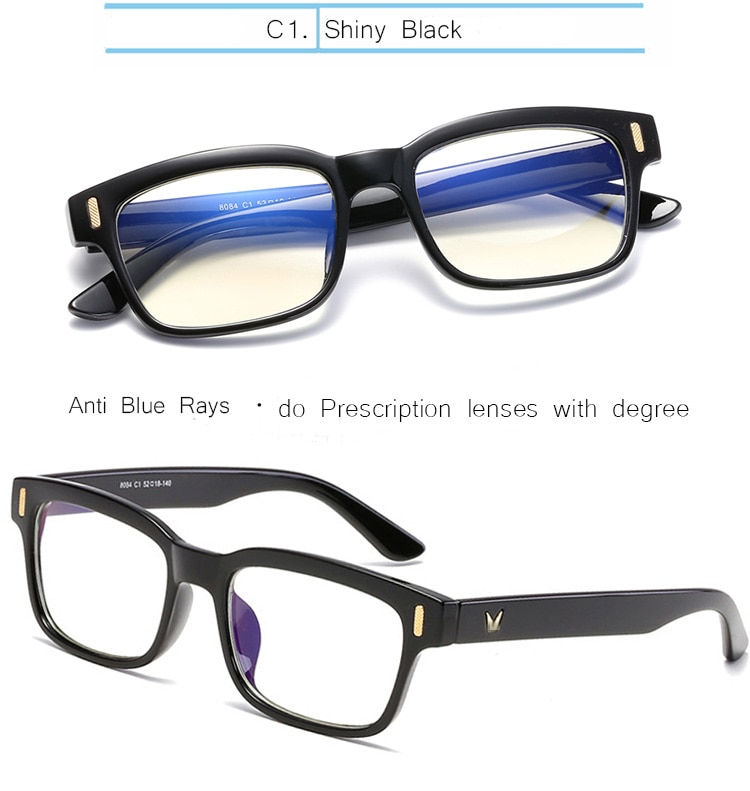 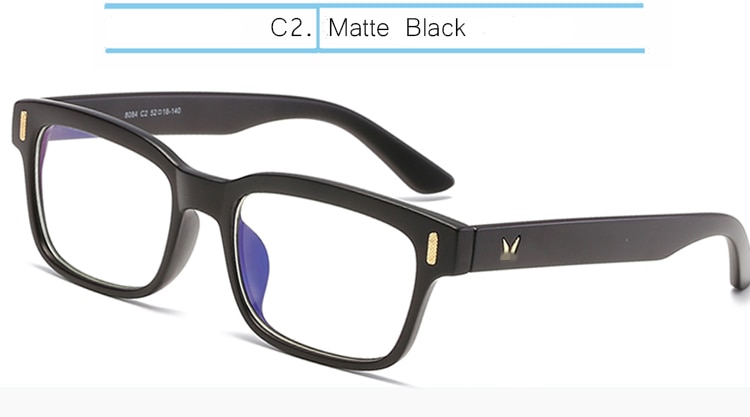 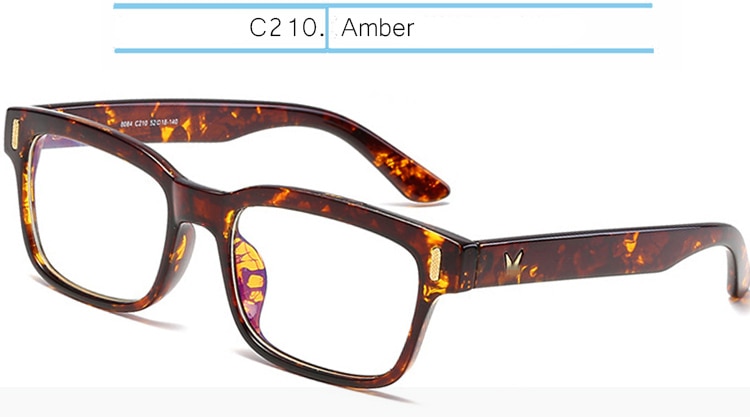 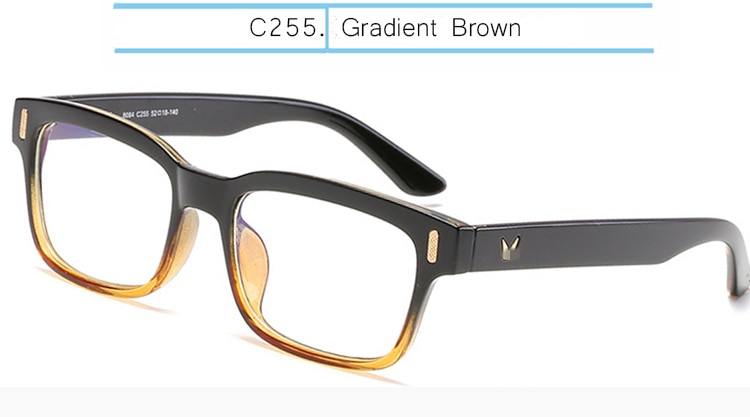 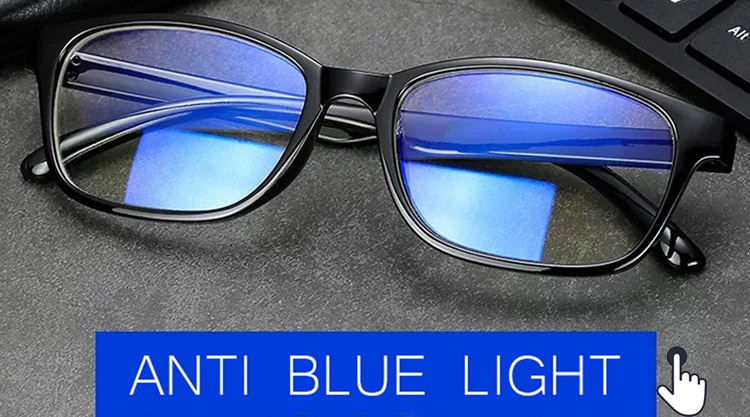